Algorithms like the ChatGPT defy the traditional idea of plagiarism. They do not directly steal from a single source. But they are a sort of super-plagiarism engine. 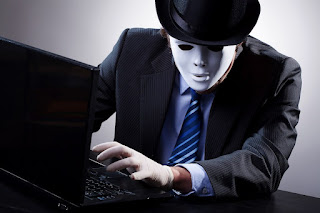 It's important to remember how these pieces of software work. They neither understand nor create; what they do is hoover up an increasingly larger body of pre-existing work and store the patterns that they see and then use those patterns to answer whatever request they're received.

So you could ask, as this teacher did, for lesson plans to explain how volcanoes are formed. In the old days of, say, last year, a teacher might google that and come up with an assortment possible lessons to choose from. The AI functions like an assistant who googles all the materials and sort of mushes them all together. It's not plagiarized, exactly, but it's not fresh, original work, either.

To see the issue really laid out, look at the world of art where software like Lensa and DALL-E are doing the same thing for visual art that ChatGPT does for written material. And that just makes it all the more obvious that what the program does is somewhere between mimicry and theft. And in the opinion of many artists, it's just plain theft.

The theft comes in two parts. First, the software's ability rests on a database of existing art that has been scraped from the internet without asking anyone's permission. Writes Tony Ho Tran in the Daily Beast, "[Artists’] work wasn’t taken by a team of thieves in an Ocean’s Eleven-style caper. Rather, it was quietly scraped from the web by a bot—and later used to train some of the most sophisticated artificial intelligence models out there."

These art AIs can do work "in the style of," which involves scraping work by that artist and imitating it. Cartoonist/illustrator Sarah Anderson wrote about that experience for the New York Times, and here's what she says about it:

I felt violated. The way I draw is the complex culmination of my education, the comics I devoured as a child and the many small choices that make up the sum of my life. The details are often more personal than people realize — the striped shirt my character wears, for instance, is a direct nod to the protagonist of “Calvin and Hobbes,” my favorite newspaper comic. Even when a person copies me, the many variations and nuances in things like line weight make exact reproductions difficult. Humans cannot help bringing their own humanity into art. Art is deeply personal, and A.I. had just erased the humanity from it by reducing my life’s work to an algorithm.

ChatGPT can do the same for anyone whose work is online enough for the algorithm to have scraped a bunch of it up ("I'd like a resignation letter in the style of Ernest Hemmingway"). It's not exactly word-for-word plagiarism--more like a remix or a mash-up--but it's not really original work, either. These are interesting new times for teachers.